Growing up I was inspired by Lakota storytellers who captivated my sense of imagination and wonder from tales of the mundane to myth and legend I was treated to an oratory thrill ride. 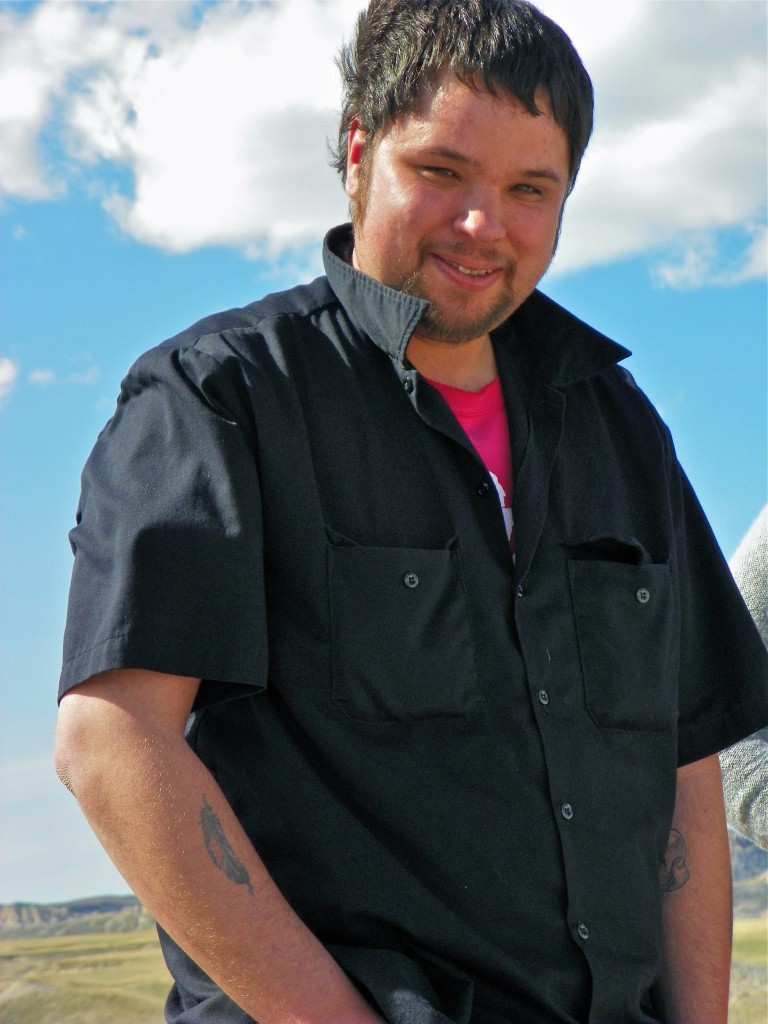 I would like to live my life through the Lakota way or else I fear it may go extinct in my family. Growing up I was inspired by Lakota storytellers who captivated my sense of imagination and wonder from tales of the mundane to myth and legend I was treated to an oratory thrill ride. As I entered my teens I felt the urge to do my part as so many others before me as a Lakota storyteller.

I discovered my passion while I was a tribal college student at Oglala Lakota College in Kyle, South Dakota. This passion was to make films about the Lakota, Dakota, Nakota peoples who reside throughout the United States and Canada. The reason I choose to focus on these tribes is because of the wealth of content that is infused in these sovereign nations; Stories with strong protagonists and equally strong antagonists, tales of bravery and courage, and the desire to overcome all odds.

In December 2012 I was able to see the possibilities of a dream set in motion. I had co-wrote and co-produced a film about the forgiveness a son finds for his father while breaking the cycle of trauma in the family. This story is set on the Pine Ridge Indian Reservation. The story uniquely reflects the historic time that the Lakota Nation is currently going through and also reflects my relationship with my own father who passed prior to the creation of this film. The title is a Lakota word and its closest English translation “Istinma-To Rest”. Loosely put it’s about laying the troubles of the past to rest for the greater good. We shot it in two days and were able to show the film at its first film festival, the LA Skins Fest in Los Angeles, CA here we received the winner of the ‘Best Short Filmmaking’ award.

We had a remarkable team from both South Dakota and California and we really want to make this short film a feature length film. I stand by our work and by our team 100%. It was through this project I was able to be the best I could be as an artist and as a human being.

Writing a movie script was challenging but I loved every minute of it.  My main goal is to see what I helped write on the page come to life on the screen and try to inspire others to follow their dreams.

I also have had the honor to work on other film projects currently in various stages of production. I do this because I love stories and even though I’m a simple and quiet guy I have a very active imagination.

Another passion I hold is for our history and preservation of our lands. I was also able to put this passion into action with the Lakota Land Project researching historical and cultural sites within Pine Ridge.

I strongly believe in NYLA because I’m tired of people suffering. I want to do my part in strengthening the foundation of the Lakota Nation. I believe NYLA could launch a movement for a better future for all.